I’ve been seeing a lot of weird stuff on social media lately and I thought it was time to say it aloud.

As much as you try to filter yourself, you’re annoying. And I mean that in the best way possible. You love your kids and you want to share them with the world.  They are indeed, ridiculously cute. Well, most of them are.

I get it. There isn’t etiquette per se on how to manage your social media feeds once your first baby arrives, so I thought I’d make one for you. Here’s a list of dos and don’ts that’ll make the social world a better place.

1. Don’t take a picture of your baby’s rash and crowdsource a diagnosis on Facebook. It’s weird. Nobody wants to look at that. Trust your gut. If your baby has a rash and it doesn’t seem to be going away, call your pediatrician.

2. If you can’t seem to get your child to sit still for a photo, that’s ok. Just don’t post a blurry photo that people can’t make out.  Is that your child, or a tree branch?

3. Frequency. Watch how often you post pics of your kids. I’m not saying don’t post. It’s fun for when they’re being silly or for particular milestones but unfortunately all of those social media friends that you had before kids, don’t really want to see little Johnny staring off into space.

4. Don’t talk about poop. Not the color. Not the consistency. Just don’t.

5. For Pete’s Sake, stop asking questions you can get answers to with a five second Google search. It makes you look ignorant and/or desperate for attention. (Example: What time does the Children's Museum open today?)

6. Don’t ask how you get your newborn to sleep through the night when they are four weeks old. That’s like asking how you can get your dog to use the toilet. Sure, it’s happened. You may have even had a friend say to you once that they’re baby slept through the night at that age but, they were lying. They probably just slept through it and was none the wiser. 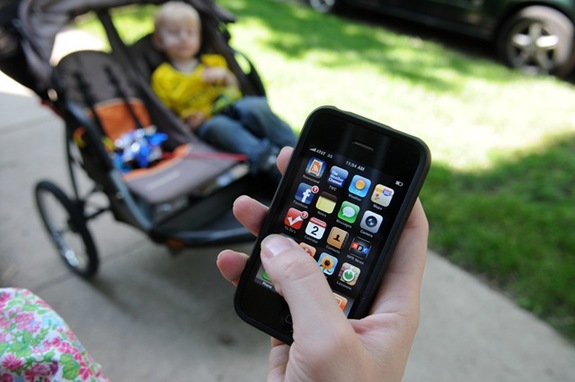 7. Don’t ask abstract questions like “How do you balance it all?” because the answer you’re going to get is “you don’t”.

8. Don’t post a picture of your child in a car seat. Nothing good can come from it. Someone will judge you (most likely, publicly) on the direction it is facing, the way the straps lay, where the buckle is, the unsafe color, the fact that the seat is not made from sustainably-raised plastic, and so on. Don’t open yourself up to the altruistic who think their comments are just made to look out for your child when they’re just really trying to prove how much they think they’re better than you. And for all you Judge Reinhold Wannabes—cool it. Your “expertise” is derived from a blog post you read while tuning out your toddler. Nobody is impressed.

9. Get an Instagram account. It’s the perfect way to share photos without annoying the sh*t out of your friends. There’s all sort of fun filters anyway, so try to keep the majority of the photos there.

*Disclaimer: I surely violate a few of these rules myself. It’s hard not to when they’re so freaking cute.