Take the time to learn how to pronounce 'difficult' names 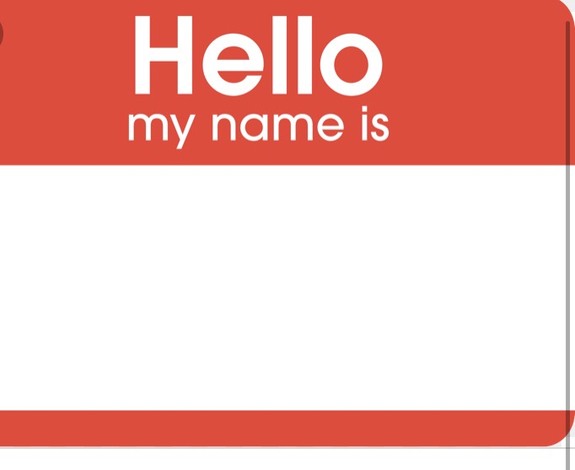 When I met my now-husband, he introduced himself using his middle name, Cyriac. “Cyriac” was especially difficult for me to pronounce because it was completely foreign to my ears. I remember being tongue-tied every time I attempted to say his name.

Because of those earlier awkward, yet amusing, moments, I always give others grace when they have the same experience hearing his name for the first time. Because of that expected awkwardness, in certain situations, my husband sometimes chooses to offer his first name, John. Most people expect him to have a longer and more “difficult” name because his parents are from India. However, most of his family members have short, biblical names. I was intrigued and perplexed to learn of the prevalence of Christian names (both first and surnames) in the region of India where they are from. When Cyriac’s father immigrated to the US, he switched his surname from Madathikunnel to Mathew, which was his middle name. He and other family members made this change to make it easier for those they would encounter in the States.

Many immigrants make similar choices when they immigrate here and start a family. Some parents are inspired by their favorite American TV characters or chose a name that will hopefully assimilate their offspring into their new society. But not every new American chooses that route. Sometimes they make another choice that aligns with other values they have. It is a freedom of choice and a privilege some of us forget we have in America. For those Americans—whether “new arrivals” or “born on American soil”—who have names or choose names for their children that are “ethnic,” “unique,” or assumed to be “made up,” they sometimes encounter people who show disrespect, sometimes unconsciously, when they introduce themselves. When this occurs, it can be described as a microaggression.

According to Merriam-Webster’s dictionary, a microaggression is “a comment or action that subtly and often unconsciously or unintentionally expresses a prejudiced attitude toward a member of a marginalized group (such as a racial minority).”

For example, asking to call someone by a nickname because it’s easier for you to pronounce is considered a microaggression. I understand that asking for an easier way to identify a person could be seen as an effort to meet them “halfway.” But avoiding someone’s birth name instead of training your tongue to learn it could be taken as an insult. It took time for me to finally pronounce Cyriac with ease. Today, when I perfect a new name, the smile I sometimes see on a person’s face is worth every minute I spent practicing their name. It is especially fulfilling for a child to see me, as a school staff member, make the effort to learn their name. By doing that, I show them that I value them as a whole person. Since my goal is to build relationships with people, simply pronouncing a person’s name properly is a good first impression and sets a positive foundation for future interactions.

As parents, Cyriac and I chose unique, yet culturally rich names for our children. We teach our children to educate anyone they encounter to properly pronounce their names because they have great meaning and were chosen to inspire them. So, the next time you, a loved one and/or your child encounters a person with a “difficult” name, please remember that names tell a story, hold power and contain a legacy. The effort that we make to humble ourselves and seek guidance on mastering new names makes a world of difference in showing respect and building relationships with others.

Keisha Mathew has been a youth advocate for over 15 years. She holds a masters in social work, with a concentration in community schools from the University of Chicago. When she’s not exploring the city with her two magical children and partner/husband, she’s planning their next fantastic voyage.

What living in Chicago has taught me about the world

Moms, you're the key to your daughter's positive body image