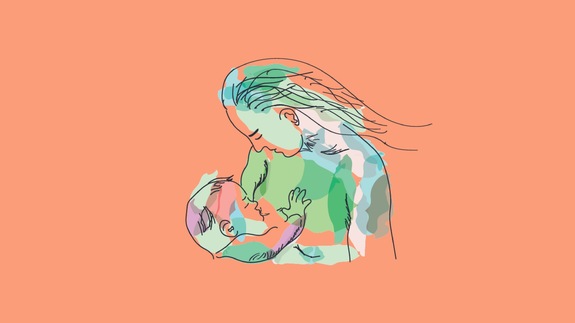 Too much bandwidth is being taken up by the so called "mommy wars."

In this debate, opposing tribes of (typically well-off, middle-class) moms berate each while wielding their totemic claims: “Breast is best” vs “Back off and butt out, it’s every moms right to choose what’s best for her and her baby.”

Now, I’ll be honest. Until recently, I used to be one of these moms. I had breastfed two children and so it was obvious: my team was Breast is Best. In fact, being a blogger, I even posted a few rants in which I condemned moms who chose to bottle-feed.

But here’s the thing: While this conversation does cover some important issues, nevertheless, it is a distraction. The really important issue, the one which deserves to take up mom-blogger bandwidth, is breastfeeding inequality.

Are you aware that in the poor state of Louisiana (US) only 56% of mothers ever breastfeed, but in the relatively wealthy state of California, 93% do?

Did you know that only 38% of mothers living below the poverty threshold breastfeed at 6-months, while 68% of mothers in top-earning families do?

And finally, did you realize that only 29% of mothers who never marry breastfeed their babies until 6-months, whereas 60% of married women do?

The disparities are huge. In the US, there are almost 4 million mothers with a baby less than 12 months old. When you run the percentages against that figure you are looking at tens (even hundreds) of thousands of mothers who are not breastfeeding because they grew up in the ‘wrong’ area code.

Highlighting this isn't about shaming mothers — precisely the opposite. It's about looking hard at the socioeconomic factors causing the problems. It’s about dropping the notion that all moms have the same breastfeeding opportunities and choices. They don’t.

It was this realization that caused me to ditch my breastfeeding tribalism. The mommy wars miss the point, and, in doing so, they get in the way of real progressive health improvements for moms and babies.

Tackling these issues will be no small feat. But mothers, let’s come together around a goal that we can all agree on: that all moms from all walks of life should have equal knowledge, opportunity, and support to breastfeed (if they want to).

Mamas, let’s do this!

Neve is a reformed (and now more empathic) breastfeeding advocate and proud mother of two. After seven years of full-time teaching, Neve decided to take her passion for kids, education, and parenting online by founding We The Parents, a parenting resource and blog that searches for simplicity and humor in family life.

The best-kept secret about breastfeeding

Five things you should know about breastfeeding before giving birth