Why kids lie, and why it's okay 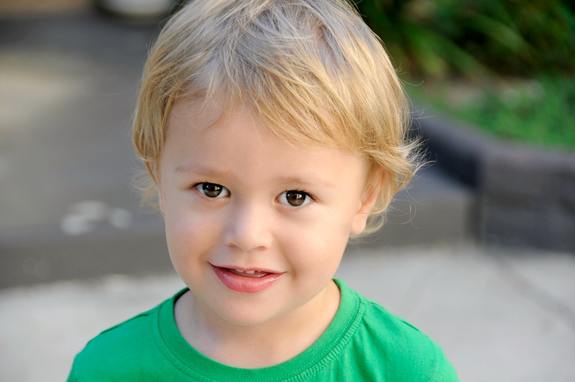 “Rachel did it,” I insisted, at three years old, when my parents asked why there was blue ink on our ecru walls and white couch. I was informing them that my sister, their devious daughter, was to blame. After a booming count to three (my father’s timeframe to “come clean”), I was punished for vandalism—and lying.

As a child psychologist, I ask parents to list the concerns they have about their child. Although they may report behaviors such as yelling, hitting, or throwing tantrums, they often end with, “…but what bothers us the most is the lying.”

Although parents may view their child’s lying as a personal affront, psychologists take a different perspective on the matter. In fact, there are two key reasons why I love lying.

Lying is a normal stage in development and a sign of cognitive growth. Research shows us that, even by age two, children start to lie to their parents. The onset of lying coincides with—and likely requires—the development of (a) perspective-taking skills, or putting oneself in another’s shoes, what psychologists refer to as “Theory of Mind,” and (b) executive functioning skills, such as impulse control, flexible thinking, and the ability to hold information in mind when working through problems (working memory). Neurobiologically, all of these skills develop as the front part of the brain, called the prefrontal cortex, matures.

Although my three-year-old brain was developed enough to know that lying was a good way to avoid punishment, I didn’t understand that blaming my six-week-old sister, who couldn’t hold a crayon, was essentially self-incrimination. I lied, but I was bad at it. Just as children learn to crawl before they learn to walk, their lying becomes more sophisticated over time. As you might guess, children become better liars as their perspective-taking, executive functioning, and prefrontal cortex develop further.

Reason #2: Lying is a clue for parents

Lying serves a purpose for the child, that is, to solve a problem. For example, when children have a problem (e.g., “I did something that will get me punished”), lying is one strategy to solve it (e.g., “If I lie, I won’t get punished”).

Whether a child kicks, screams, cries, or lies, these behaviors have functions, and when parents tell me that their child lied to them, my goal is to identify the function of the lying. When we can understand the function of a child’s behavior, we can identify the problem that the child was trying to solve and, ultimately, teach the child more appropriate ways to solve problems (e.g., by telling the truth).

What can parents do when their child lies?

Despite my love of lying, it’s not a behavior we want to perpetuate and not one that parents want to reinforce. Therefore, to conclude, here are three tips for parents for when your child’s pants are on fire:

1. Along the lines of reason #2 above, reserve judgment about the lying, investigate the function of the behavior, identify the problem that your child was trying to solve, and teach your child more appropriate ways to solve problems. Collaborative and Proactive Solutions, an approach developed by Ross Greene, Ph.D., is an effective technique for parents to address their children’s challenging behaviors, including lying (see livesinthebalance.org).

3. Take a realistic, nuanced approach when talking with your child about lying. Not all lying is socially unacceptable. How many times have your parents said, “When you open Aunt Goldie’s present, be nice. Smile and tell her how much you like it.” Lying can be acceptable depending on the context. Learning to distinguish appropriate from inappropriate lying can be challenging for children.

Dr. David Meyerson is a developmental neuropsychologist in North Center, Chicago. He specializes in child development and the assessment of learning, attention, social, emotional, and behavior difficulties in children and adolescents. You can reach Dr. Meyerson at 773-649-0786 or through his website at cityneuropsych.com.

When you're an introverted parent with an extroverted child

How was your day? Tips on talking to kids about school

3 steps to make your child bully-proof