When you're an introverted parent with an extroverted child 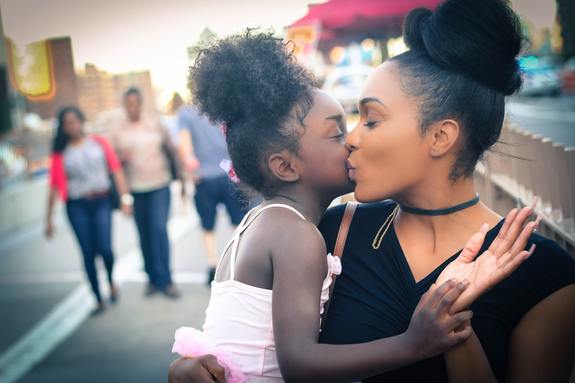 There are characteristics I hope I can pass along to my 17-month-old son—my honesty, work ethic and reliability are a few. Preferring to be in the background in social situations is not one of those characteristics. Thankfully, he doesn’t seem to be following in daddy’s footsteps in that regard as no matter whether he’s with my wife and me at music or French class, the local playground, or NPN’s Fright-Free Halloween Fest, he always seems to be in the middle of the action, chatting with anyone and everyone, and just being his very social self. I’m thrilled to see this, but make no mistake, it can be a challenge when my son puts me in social situations that I would—under any other circumstance—try to find a way to avoid.

So how do quiet, reserved parents like myself overcome their own social insecurities when their child doesn’t seem to have any? These strategies have been, at least at times, helpful for me:

Don’t be such a grownup. We spend enough time paying bills, preparing meals, changing diapers and being responsible. Why not take your child’s lead, let loose a little, and, like the saying goes, “dance like no one is watching”? Scream and run around at the park with your little one. Sing with confidence with you’re asked to belt out an impromptu solo at Wiggleworms in front of a crowd of 10 parents and children. Throw on a wig and make Halloween fun for the first time since you were a kid. Besides an opportunity to make a fun memory with your child, what do you have to lose?

Focus on the benefits. When I go to the bakery around the corner for my small café latte, I rarely engage in small talk with any of the workers or other patrons. I’m there for my drink and then I either flip open my laptop or I head home. A few months ago, though, I was there on a Saturday morning with my son to pick up a snack and I started chatting with a man seated next to us. This man asked if I knew about the other coffee shop around the corner that had added a special kids section where kids could play with a train, toys and games while their parents could sit and drink a coffee. I had not.  But now, just because of that 5-minute conversation, that other coffee shop has become one of our family’s favorite local hangouts, especially when bad weather prevents us from going to the park. This is just a simple example, but it shows how opening yourself up to others can open doors for you and your child(ren) that you may have never even known existed.

Avoid those dreaded awkward silences. A couple weeks ago on a rainy Sunday afternoon, my wife and I took our son to the above-mentioned coffee shop so he could play and we could get some much-needed caffeine after a long weekend of activities. We were the only ones there for about 15 minutes until another family arrived with their son, who was a little older than ours, and a baby girl. This area is cramped to begin with—I started feeling claustrophobic when none of the four adults were saying anything to each other. Just thinking about this experience makes me uncomfortable, and I regret not saying something more than “Hello” when they arrived and “Have a good night” when we left. I can only imagine how much more enjoyable this experience would have been for everyone had someone struck up some sort of conversation to break the ice. Instead of worrying about saying the wrong thing, just saying anything can sometimes be all that it takes to get a good conversation going.

Remember that you’re setting an example. I think about this one often as our son is in that phase where he’s repeating almost everything my wife and I say and mimicking our movements. It’s quite remarkable to see this type of growth, but it has also opened my eyes to how observant he has become of our behavior. And he’s just going to become more and more aware. So it’s up to my wife and I to show him that it’s not only safe to connect with others, but he can gain a lot from these interactions.

To the parents addicted to their phones

Dads shouldn't get credit for showing up

When parents fight on the playground