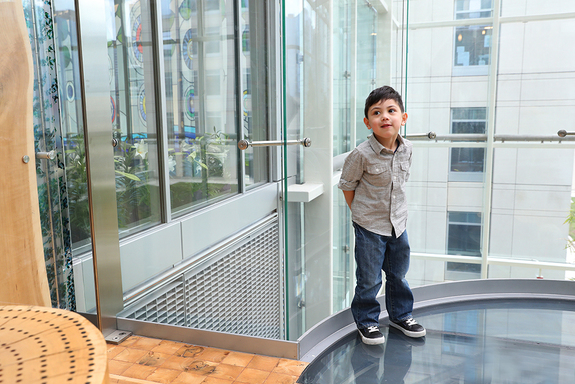 After turning blue during “tummy time,” three-month-old Miles was rushed to Ann & Robert H. Lurie Children’s Hospital of Chicago’s Emergency Department. It was there that his family received the news no family wants to hear: Their son was in heart failure.

“We were told Miles was in critical condition, and that the only way he would survive would be to have a heart transplant,” says Roxanne, Miles’s mom. “Miles didn’t have the usual symptoms of a baby with heart failure, so that trip to the ED was really a blessing in disguise.”

Just over a month later, his parents were notified that a donor heart was available. Miles underwent transplant surgery the following day and, three years later, he is healthy and thriving.

As a way to say thank you to the hospital that saved their son’s life, Miles’s family will be participating in the annual Move for the Kids 5K Walk/Run, presented by C.H. Robinson, taking place Saturday, June 10 at Solider Field. All funds from the event benefit the patients and families of Lurie Children’s.

“We are ‘frequent flyers’ at Lurie Children’s, and are so grateful for the amazing care Miles has received,” says Roxanne. “We are proud to support the hospital that saved our son’s life by sharing our story and participating in this special event!”

You too can support kids likes Miles. Register today!