Why I didn't move after a nearby shooting 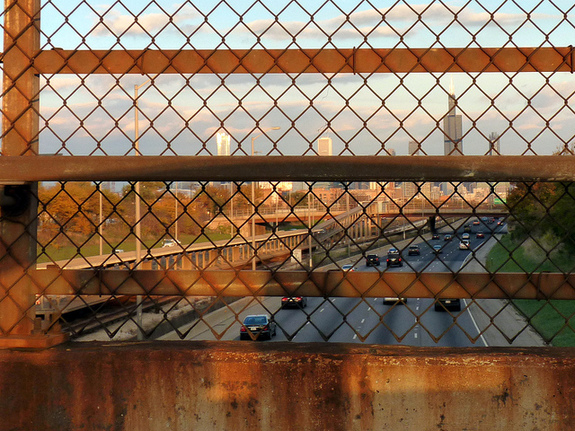 I remember it being a relatively uneventful Monday afternoon at work when this sobering message from 46th Ward Alderman James Cappleman hit my inbox:

“According to the Chicago Police Department, at approximately 10:30am today, there was young man shot on the 900 block of West Buena Avenue. The victim was approached by two offenders and was shot in the chest. Police say he was taken immediately to Illinois Masonic Hospital where he is undergoing surgery and remains in critical condition. Chicago Police detectives are working with neighbors and nearby witnesses to try and gather accounts and surveillance footage. Police have stated that the victim was most likely known and targeted by the shooter.”

I was horrified. No, I wasn’t lamenting another Chicago shooting that’s made our city the poster child of the gun-violence epidemic in our country. And, no, even though I understand families in the city are burdened by shootings and the threat of gun violence on a daily basis, I admit I wasn’t thinking about the victim or how this act of violence must be affecting his family. My concern as a hyper-vigilant father-to-be was that this was news happening a block from my home. There was no changing the channel and ignoring this shooting.

I walk along the 900 block of West Buena Avenue all the time. It’s where one of our favorite neighborhood restaurants is located. It’s also where my then-8-months pregnant wife, Ewelina, and I envisioned we’d be taking our son one day for story time at the Uptown Library. But plans change. Shots fired, shell casings and yellow police tape steps from your home will do that.

Before I finished reading the rest of Alderman Cappleman’s email, my thoughts shifted to my pregnant wife and how there was no way we were going to let our first-born child be raised in a neighborhood like this. Where it isn’t even safe to walk around the block on a Monday morning. After forwarding the news to my wife (with the hastily written subject line: “WTF … from Cappleman”), I did what any overprotective father or father-to-be with the ability to move his family would do—check the real estate listings for homes in safer areas of the city. Hell, let’s even give the suburban ads a peak while we’re at it, I told myself. Maybe my wife, who was raised in Paris and has made it abundantly clear on numerous occasions that we will forever be city-dwellers, would finally accept moving to the suburbs (gasp!) after what happened down the street.

To give some context on why I reacted the way I did, I was raised on the not-so-dangerous streets of Schaumburg. Where getting my bike stolen in front of the local swimming pool was the biggest danger I faced during my adolescence. When we found out last year we were pregnant, I understood that our son would have a far different experience growing up than I did. At the same time, I never imagined that that experience would be dealing with gun violence. Maybe that’s just me being naïve or not living in the city long enough to know that that’s the sad truth of being a Chicago resident these days.

However, as a first-time father who never thought having a child would be possible, I think you tend to overreact to certain things, and you tell yourself you will do anything possible, even uprooting your family on a moment’s notice, to prevent your little one from facing any pain or negative experiences.

I guess that’s just faulty thinking, though, because you can’t insulate your child from the realities of the world. I’m glad we didn’t end up moving—although my wife will attest that for a couple days after the shooting I pushed hard to pack up and leave—because I would regret not having our son grow up in Chicago. He won't have a backyard like I did. Instead, he'll be just minutes away from a beautiful lakefront path and many, many parks. He won't just be watching the Cubs on TV when he gets home from school like I did. Instead, he'll be able to walk the 15 minutes down Sheridan and Sheffield and catch the game in person. He probably won't have a pet like I did (sorry, kid, but I'm not cleaning up after pets after 20-plus years with cats and litter boxes in the house). Instead, he'll be able to ride his bike or walk to the Lincoln Park Zoo.

Not everything about living in the city is as ideal as spending an afternoon by the lake, in the stands at Wrigley, or at the zoo, as this shooting near our home, and the many others that occur in Chicago every day, give people plenty of reason to leave. But we're not going anywhere with our son. This is our city. This is our neighborhood. This is our home.

Raise your child to be a global citizen

The joys of raising two kids in a small apartment