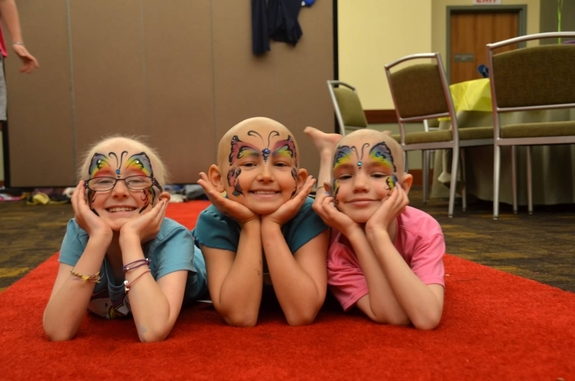 When Patricia Tallungan's 6-year-old son Nick started complaining his back hurt, she didn't think much of it. But after a visit to the pediatrician and an X-ray, her family's life changed forever. Her son was diagnosed with neuroblastoma, a little-known cancer she hadn't even heard of at the time. Four years of grueling treatments later, Nick lost his battle.

But Tallungan's battle had just begun. She turned her grief into the Children's Neuroblastoma Cancer Foundation, which provides resources, support and information to parents of children with neuroblastoma. The Bloomingdale, Illinois–based charity also raises money for neuroblastoma research.

Below, CNCF founder and president Patricia Tallungan tells NPN more about neuroblastoma and what drives her to find a cure.

What is your personal connection to the cause?
CNCF was started in 2000 after we lost our son Nick to neuroblastoma. He was 6 years old when he was diagnosed with this form of pediatric cancer and lost his battle 2 weeks after his 10th birthday. Having gone through 4 years of intensive chemotherapy, radiation treatments, surgeries, relapses and infections, we knew that we needed to bring attention to the disease, frankly because we never heard of it before. There was little funding for childhood cancer in general and even less for those that weren’t well known. The lack of information for us to make informed choices was also a hindrance in finding the right treatments for him. Less than 3% of the American Cancer Society’s funded research went toward pediatric cancer. We knew it was up to parents to make a difference and increase awareness about neuroblastoma and help fund critical research.

Why is the charity important to Chicago kids?
CNCF is important to Chicago area children because we offer hope in finding the best possible treatments and to provide the necessary resources to the parents so they can make informed choices. CNCF is supported by the many neuroblastoma researchers throughout the country and we provide the families with access to them through our annual Parent Education Symposium. We have funded nearly $2.5 million in research at hospitals across the country that specialize in this disease, including Comer Children's Hospital. Each doctor looks at new ways to combat this disease through immunotherapy, oncolytic viruses, vaccines and other agents. Because of our world renowned Medical Advisory Board we select the most innovative projects to fund, taking us that much closer to a cure. We have a Parent Handbook that many parents have used to maneuver through the process. It was written by parents so it explains it all in terms parents will understand and provides the insights from a parent’s perspective.

How has starting CNCF affected you as a parent?
Since going through our journey and starting CNCF I have become keenly aware and sensitive to the needs of others. And having lost a child it affects the entire family in ways that don’t always manifest themselves until you have experienced different parts of your life. We all grieve in different ways and at different times. We will never “get over it.” We will learn to live a new life that is hard to explain to anyone else. I watch parents with their children more now and how they interact with one other. Sometimes I want to say, “Don’t be so mean as you don’t know what tomorrow will bring,” but I never do. I cherish the important things in life and don’t worry very much about material things.  Material things just don’t matter in the grand scheme of things. I do not want to have regrets in my life.

How can people get involved?

People can get involved by helping us do fundraising events. Raising money is one of the hardest jobs we have. Since the disease affects 700 children a year, it is not as well-known as leukemia, for instance. By holding fundraisers at your schools, workplace, places of worship and in your neighborhoods, you can make a huge difference for children all across the U.S. The dollars raised go to support neuroblastoma initiatives like research, education, family support and awareness programs. Help us spread the word about neuroblastoma. It doesn’t have to be a huge amount of money and you never know who you will touch in the process. We have volunteer opportunities during our parent education symposium to help care for the children and their siblings while parents are in meetings with the doctors. If anyone has special skills like graphic design or marketing that is always welcome.

Find out more about the Children's Neuroblastoma Cancer Foundation at cncfhope.org.

How to survive your child's time in the NICU

Raise your child to be a global citizen