What my kids taught me when my dad died 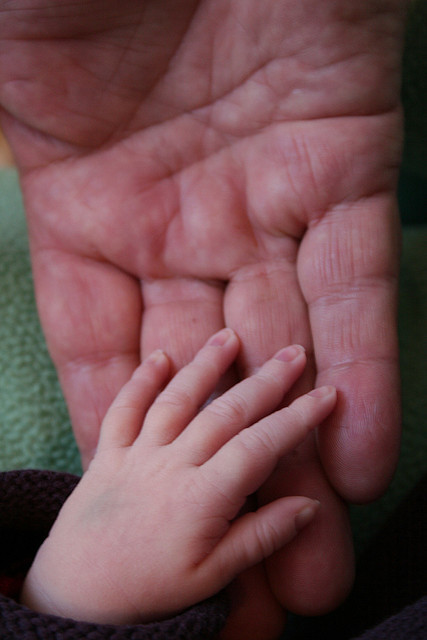 My dad had spent the last several years very unwell, and my mother spent a lot of her time taking care of him. That is a difficult situation for any family, but it is even more difficult when the person you are caring for continuously makes choices that contribute to his bad health. And so, although he was a man we loved, the result was a team of fairly frustrated family members.

My biggest frustration was trying to understand why he didn’t make choices that would allow him to be involved more fully in the lives of his grandchildren. He adored each and every one of them. Every morning he asked my mother which of his grandbabies was going to visit that day. He had frequent visits from his collection of loving grandkids, who called him The Gaffer. Kids would disappear into his man cave and they’d have the place trashed instantly—toys everywhere, cushions off the couches and the TV channel changed to their station. Every visit was a kid invasion into The Gaffer’s space. Interestingly, he was not at all bothered by the noise or chaos. He was never impatient with them, and he certainly never snapped at any child. Visits ended with hugs, kisses and “I love you.”

I felt the relationship wasn’t good enough because he didn’t actually do anything with my children. His illness made it so he couldn’t—that pesky illness that didn’t have to be there. My dad never read to the children and certainly never played a board game or made a puzzle with them. He didn’t take them out for walks or do any of the other things I see active grandparents doing with their grandchildren. It made me sad that he was missing out. And so were my kids.

Apparently, I was wrong. A couple of weeks after his death, my nine-year-old daughter emerged from her bedroom at midnight to share a drawing of him. Included in the illustration were several messages and statements, one for each day since he had died. The most striking message to me was, “I loved EVERYTHING about you.”

All that time I thought he wasn’t doing anything with his grandchildren, he was very actively doing the thing that was most important to them. He was loving them. And it was all they needed.