Neighborhood Parents Network of Chicago (NPN), formerly the Northside Parents Network, started as a volunteer-run organization. Today, NPN is managed by a full-time Executive Director and Director of Partnerships & Programming, a team of part-time directors and managers, and a group of amazing volunteers. 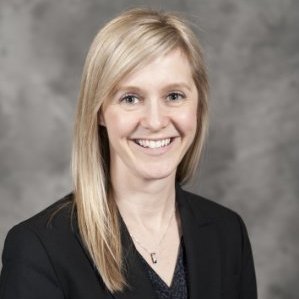 Elizabeth Knutson - Executive Director
Elizabeth joined NPN as its Executive Director in August 2016 and is responsible for the long-term strategic direction and day-to-day management of the organization. She has spent 13 years in member-based non-profits, most recently as the Director of Marketing at the American Planning Association and, before that, as the Director of Marketing at the YMCA of Metropolitan Chicago. Elizabeth lives in Ravenswood Manor with her husband and two daughters. 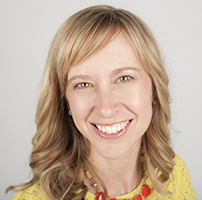 Amy Johnson - Director of Partnerships & Programming
Amy joined NPN in 2006 shortly before her first child was born. After her second son was born she began volunteering as a neighborhood co-chair and was thrilled to move in to a staff position in 2012. Prior to working for NPN, Amy was Sr. Program Manager at Women Employed. Aside from motherhood, Amy's most rewarding experience was volunteering for two years with Habitat for Humanity International as a full-time construction volunteer and later coordinating and leading international builds for other volunteers. Now, Amy is on the Local School Council of her children's public school and busy with home renovations. She recently moved from Ukrainian Village to Irving Park with her husband and sons.

Meredith Marzano - Manager of Partnerships and Programs
Meredith started as an NPN Member looking for her first nanny back in 2008.  She has since joined the team in 2016 and has run various programs during her years onboard.  From New Moms Groups to Silent Auction, she has continued to help bring the NPN community together.  She and her husband have 3 children and their dog, and live West of Chicago. 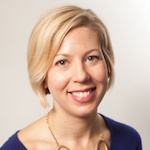 Laura Baginski - Director of Marketing & Content
A proud mom of a train-obsessed toddler, Laura joined NPN in 2015 after 10 years at Time Out Chicago. She brings writing, editing, business strategy and social media experience to her position at NPN, which she first joined in 2013 as a new mom searching for a nanny. As Director of Marketing & Content, Laura ensures current and potential NPN members are aware of the many NPN member benefits via social media, blog posts, email and in-person event outreach. She lives in Old Irving Park with her son, husband and more toy trains than she can count. 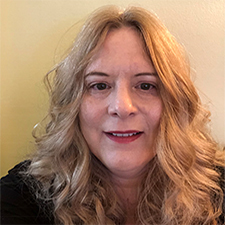 Jana Kline - Advertising Operations Manager
Jana joined the NPN team in the winter of 2017 and is responsible for advertising operations. Her experience runs the gambit from small, privately owned companies to global conglomerates. As such she brings a strong and varied advertising background to NPN. With two Chicago kids, Jana understands the unique challenges of raising children in an urban environment and the importance of finding the resources needed to do so. She is excited to bring both her professional and personal experience to NPN. Currently, Jana lives in Chicago’s northside with her husband, two children, and an ill-tempered cat. 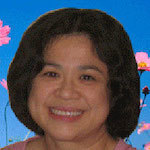 Doloris Schombert - Tech Support
Doloris joined the NPN tech team in 2004. She desires to help families to grow with love. Doloris became a techno-geek when she took her first computer class at DePaul University. When she's not computing, you can find her and her family riding bikes along the lakefront. 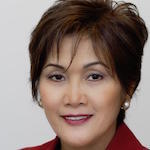 Nelia Opperman - Accountant
Nelia’s involvement with NPN started in 2005 when she was approached by NPN management regarding tax issues facing the organization. Since then, she continued on being involved with NPN doing various tasks including data entry, event postings, bookkeeping, budgeting and planning, research, audit, tax and financial reporting. Nelia’s work experience includes international tax management positions at Motorola, Aon, and Baxter Labs. She has a BS degree in Education, an MBA, CPA, and attended Roosevelt University and DePaul University.

Give today. Help us grow tomorrow.